The Culture Industry and the Propaganda Factory , New Documents 2014 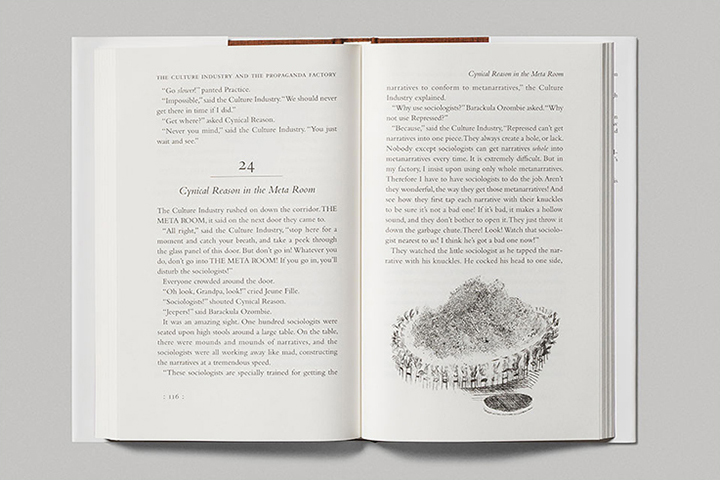 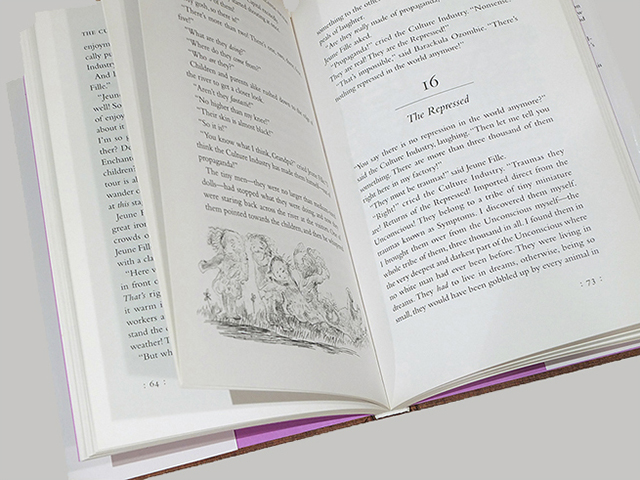 The Culture Industry and the Propaganda Factory is a complete rewrite of Roald Dahl’s classic book Charlie and the Chocolate Factory, reimagining Dahl’s book as an absurdist fairytale overlayed on top of and intertwining with Dahl’s original illustrated narrative. When Charlie and the Chocolate Factory was first published in 1964, it was severely criticized by the NAACP and others for its depiction of the workers at Willy Wonka’s factory as “black pigmies from Africa.” Dahl eventually sympathized with these critiques, revising the book in 1973 and recasting the workers as the Oompa Loompas the book is now well known for.

Using this literary history as a point of reference, Starling imagines four subsequent revisions, each less and less able to cope with what he sees as the “unknown trauma” Dahl’s second edition attempted to repress. In our version (Starling’s third revision), the story has become a tale of the journey of five children to the Culture Industry’s “Propaganda Factory.”

The lucky five children are: Modern Art, a fat pig of a boy who would appropriate anything he could get his hands and teeth on; Cynical Reason, a spoiled little rich girl who screamed until she was bought her heart’s latest delight; Teenage Schizophrenia, the world’s champion pill popper who was destined for a schizy end; Barackula Ozombie, an undead politician who was addicted to television news; and Jeune Fille, Our Hero, who was sweet, painful, natural, fake, active, passive, human, and machine-like.